It started because someone was angry after being treated poorly. Hang on folks, because I’m about to make a football reference. Yep, me. A simple football tolerator is about to flash a football fact. Someone please let my son know I’ve done this. He won’t believe it!

The first time the Gatorade Shower occurred was in the mid 1980’s after the New York Giants beat the Washington Redskins. Apparently, the Redskins coach had not been very nice to the Giants coach during the previous week’s practice times. I’m not sure exactly what went down but I can imagine there may have some name calling. Maybe some taunting. Probably some typical “we’ll always be better than you” banter happening. So when the Giants pulled off the win, Mr. Giants Coach took the nearest cooler of Gatorade and in what I imagine was likely a “Take that mister!” move, he poured the drink all over Mr. Redskins Coach. This move has since become a tradition for sports teams. It’s one I’m sure coaches look forward to because it means a great victory has occurred.

So yesterday after Clemson obliterated Notre Dame and we were all wondering how this game would’ve been different if they’d played the Bulldogs (I hope it’s not too soon for this comment!) , I noticed something the Clemson coach did. Knowing the giant wave of Gatorade was sure to come pouring down upon him, he stayed a little bit ahead of it. This likely wasn’t on purpose. He just had other things on his mind to do in that moment. One of the reporters who caught up to him noticed the same thing and said to him, “You almost outran the Gatorade!”

You almost outran the Gatorade. The visual representation of the blessing he had just received with the big win. (Yes I know … this win seemed pretty easy. Insert snarky eye roll!)

“God can pour on the blessings in astonishing ways so that you’re ready for anything and everything, more than just ready to do what needs to be done. “…2 Corinthians 9:8, The Message

What began as a “take that” move, ended up being a tradition based on victory. What may start in your life as a burden or a difficult time is not beyond God’s grasp. Financial difficulties allow God to bless you with the random acts of kindness of friends and even strangers. It can allow you the blessing of learning new and better ways to handle your finances. It can cause your eyes to open to how truly blessed you are in spite of the empty bank account. Unexpected moves can bring the blessing of new friends and a nicer place to live, etc., etc. God feels no limits in the ways He can bless us!

God will pour on the blessings in astonishing ways !

We can never outgrow, outsmart or outrun God when He’s ready to pour His blessings on us. It’s not even worth the effort of trying. And really? Why would you want to? Don’t even think for a second that you’re not worthy of receiving anything good from God. YOU ARE WORTHY of all His love and all His goodness and all the amazing things He wants to drench you with.

So be ready! Be expectant! You’re gonna be astonished!

My life after childhood turned out exactly like I thought it would.  I graduated from college at the top of my class.    Found the love of my life and the perfect job immediately.     We had children quickly and they were all the picture of perfection….never cried  or spit up and they slept through the night from birth .  They always minded us and  did all the right things always.    My marriage and job and our finances and ALL.  THE.  THINGS?    Magnificent!   Dreamy!   No worries or complaints.

And why wouldn’t this all be true?    I mean, I grew up  a good Catholic girl.   I loved God and even wanted to be a nun for a while.   Surely I had found all the favor and would have the picture perfect life.    No problems.  No stress.  All the things in line.

And as I dreamed all these things, I imagine God was getting a good chuckle.   Because He had some lessons for me that could only happen outside the box of my little perfect dream.

“I know what I’m doing.  I have it all planned out – plans to take care of you, not abandon you, plans to give you the future you hope for. When you call on Me, when you come and pray to Me , I’ll listen.  When you come looking for Me, you’ll find me.  Yes, when you get serious about finding Me and want it more than anything else, I’ll make sure you won’t be disappointed.  I’ll turn things around for you. “…The Lord (Jeremiah 29:11-14, The Message)

Well, very few of the perfect dream things actually happened.    My reality has looked  a bit more like this…

Every tear.  Every sleepless night.   Every cringe worthy moment. Every doubt and fear.   All of these moments needed to mix with the joyful moments and the heart bursting moments of love and the deemed perfect times.

Every ingredient in the mix of my life has been needed to get me to where I am now.    And that’s a place where I can so clearly see the blessing of my unanswered prayers for that elusive “perfect” life .  Where  I can clearly see God’s mercy and His grace poured out all over the place.   Where I can see the perfection of His plan coming to be.

I love the blessing of hindsight.   I love to look back on  times in my life and imagine how things would be different now if I had made other choices.   Or if things had gone according to MY plan instead of His.  And honestly?   Things would’ve been different.   But  I’m not sure anything would’ve been better.    And I know I would’ve missed out on SO MUCH!  So as the old Garth songs goes, “I thank God for unanswered prayers”!

So if you’re in a weird place right now and you feel you’re  many shades away from perfect, hang on.     God will use these moments in your life.   But He won’ t leave you there because it takes way more than what you’re going through now to achieve the perfect life He has planned for you.     He’ll mix this moment  beautifully with the good times and the in-between times.

He WILL turn things around for you.    You won’t be disappointed. 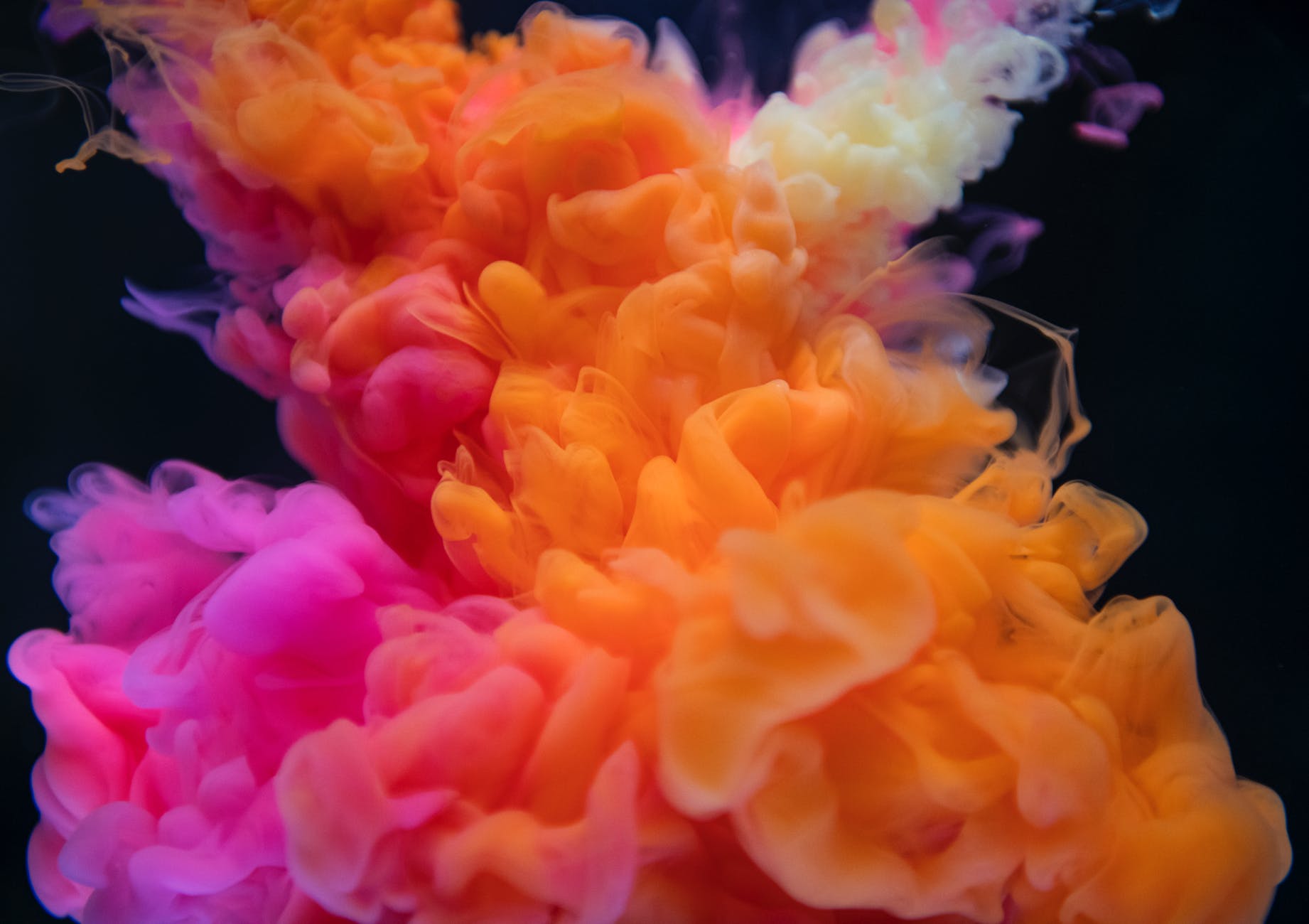 Photo by rawpixel.com on Pexels.com

Nice to Meet You! 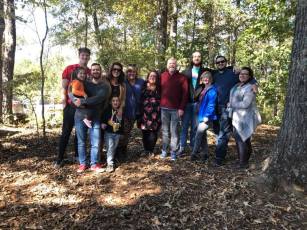 Us with all our kids 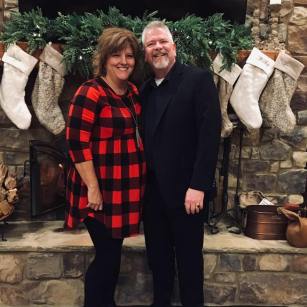 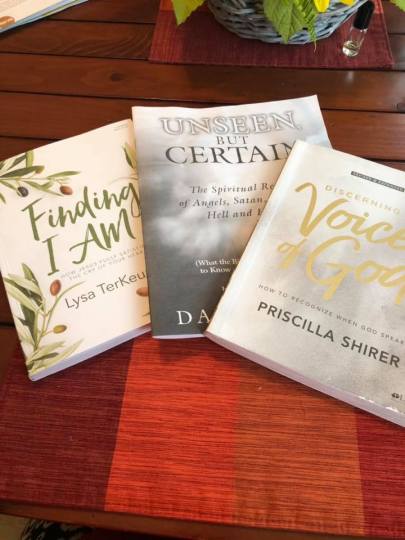 I AM grateful for so much 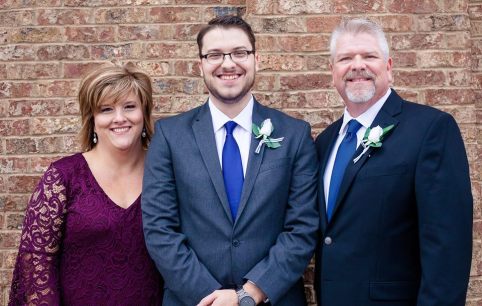 Me and my daughters